Having Irregular Periods? Here’s What May Be Causing It 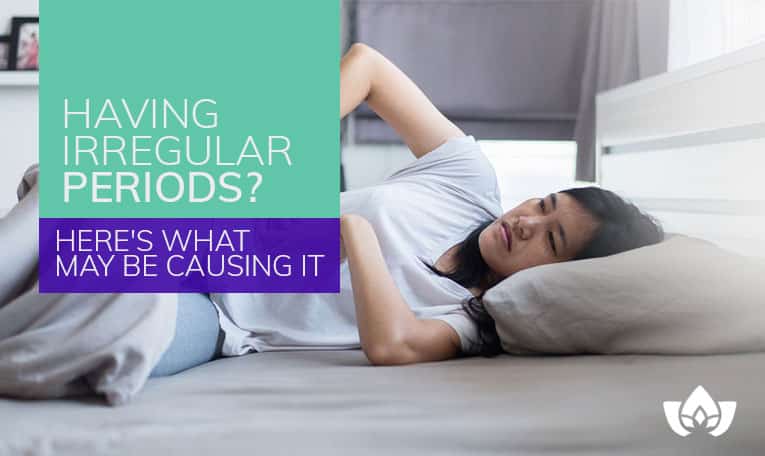 And if it doesn’t come when you’re expecting it, it can be a cause of anxiety.

The most common thought when this happens for many is “could I be pregnant?” however, this is just one reason someone may be experiencing an irregular period.

There are a number of factors which could cause irregular periods, and pregnancy is just the tip of the iceberg.

Keep reading to learn more about reasons your period may be irregular, and contact the Mindful Healing clinic if you are looking for naturopathic solutions for menstrual health.

As we previously mentioned, pregnancy is one reason for someone to experience irregular periods.

If your irregular period is also accompanied by nausea, morning sickness, tender breasts, or sensitivity to smells, it might be time to pick up a home pregnancy test, or see your doctor.

A 1997 study in the Annals of the New York Academy of Science looked at the effects of both hyper- and hypothyroidism on menstruation.

Thyroid disorders can lead to longer, heavier periods or shorter, lighter periods, depending on what the issue is.

If you are experiencing any of these symptoms and suspect you may have a thyroid issue, you can contact your naturopathic doctor to discuss which thyroid solutions might be right for you.

Fibroids are tumors which can develop in the uterine wall.

Although generally non-cancerous, they can also lead to pelvic pain, low back pain, and pain during sex.

They can range from tiny – the size of an apple seed, to as large as a grapefruit.

Being overweight can have an effect on the regularity of one’s period.

Obesity can affect insulin levels which can lead to irregular periods.

In 2015 the Mymensingh Medical Journal looked at the effect of obesity on the menstrual cycle of young girls.

A strong association was found between obesity and menstrual cycle irregularity. 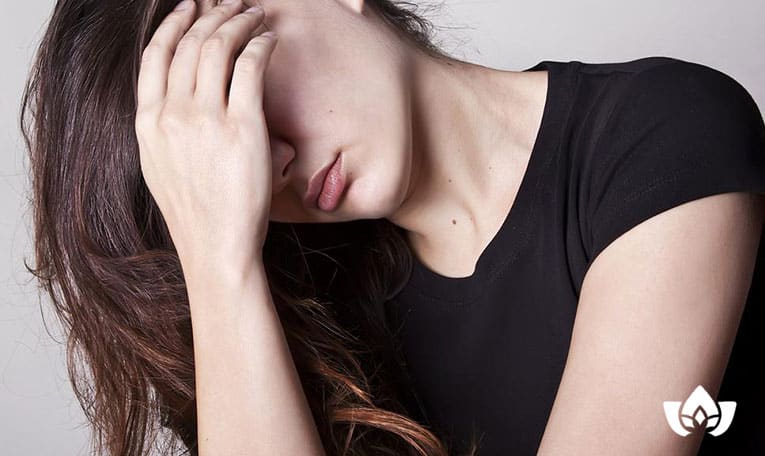 Just as being overweight can affect your period, so can extreme weight loss.

Eating disorders can lead to not consuming enough calories to support ovulation.

If you are underweight or have lost a large amount of weight without trying to, these can affect your period and it’s important to see your doctor.

Stress has been shown to impact the menstrual cycle, as it can interfere with the portion of the brain which regulates hormones.

Some stress is a normal part of life. However, if you feel stress is negatively impacting your menstrual cycle, or other areas of your life or health, you may want to consider implementing some stress management techniques into your routine.

A 2014 study in the Journal of Psychosomatic Obstetrics and Gynecology found women who scored higher on measures of dispositional resilience were less likely to have irregular menstrual cycles when faced with low or medium stress situations.

Typically, menopause begins in one’s late 40s, however sometimes it can begin earlier than that.

Perimenopause is the time where the ovaries produce less estrogen, and although typically this starts during one’s 40s, sometimes it occurs earlier.

Signs of perimenopause may include:

In our earlier article this month on hormonal imbalance we noted a large number of signs which could indicate a shift in hormones, including:

These symptoms combined with irregular periods may be a sign of hormonal imbalance, and a good reason to see one’s doctor or naturopath.

Polycystic Ovarian Syndrome is a condition which can affect an individual’s hormone levels.

PCOS results in higher-than-average production of testosterone, and can result in skipped periods, difficulty in conceiving a child, hair growth on the face, as well as long-term issues such as diabetes and heart disease.

A 2017 study in the International Journal of Cancer found the risk of ovarian cancer in women with irregular menstrual cycles was decreased with the use of oral contraceptives.

Endometriosis is a condition where the tissue which lines the uterus instead grows outside of the uterus.

It can lead to painful, debilitating menstrual cramps, heavy bleeding and bleeding between periods.

It is estimated that 1 in 10 women of reproductive age will be affected by endometriosis.

Is your menstrual cycle irregular?

Perhaps it’s a sudden change – you used to know when your period was coming like clockwork, and now it’s harder to determine when it will come.

You’ve ruled out your first thought – the idea that you might be pregnant, and now you can’t figure out what is going on.

The Mindful Healing Clinic can help – contact us today for a consultation, and let’s get to the bottom of your period problems.