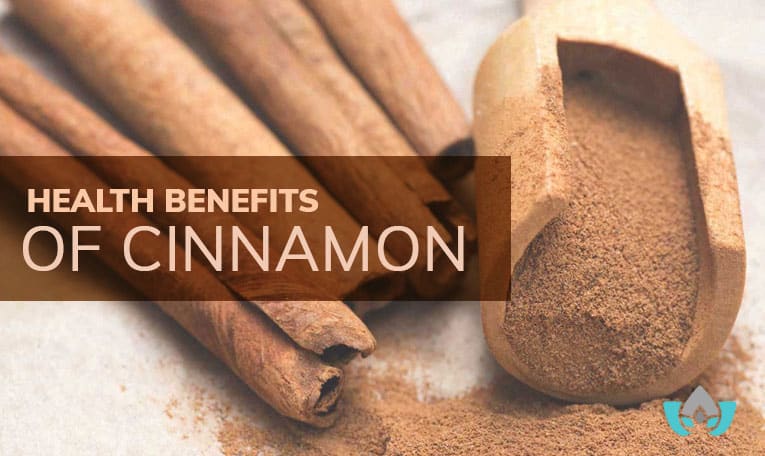 Of all the natural dietary ideas that we have in our arsenal to keep you well, cinnamon is probably one of the most delicious.

A valuable spice, traded as far back as 2000 BC, it was long recognized for its medicinal capacities, and even used to treat sore throats and arthritis in the middle ages.

Now that fall is here and winter isn’t too far around the corner, you might find yourself enjoying some cinnamon flavoured foods.

Let’s talk about this popular spice and what it can do for your health.

Cinnamon is a spice derived from a tree bark; Cinnamomum trees can be found in the Caribbean, South America and Southeast Asia.

The stems or bark are removed from the tree, and the inner bark is left to dry before being ground into a powder, which is what you buy at the store for your baklava.

However, you can also use essential oil or extracts, which contain the phenolic compounds, flavonoids and antioxidants that make it such a powerhouse.

Cinnamaldehyde is the active compound found in the oily part of cinnamon sticks – the oil is what gives cinnamon its smell and flavor.

Cinnamaldehyde has many beneficial properties, such as:
• Antioxidant
• Anti-inflammatory
• Anti-diabetic
• Anti-microbial
• Protects against heart disease
• Boosts immunity
• Can protect against some cancers

There are two different trees that produce cinnamon: Cinnamomum verum and Cinnamomum zeylanicum.

The first is Ceylon cinnamon, which is called “true cinnamon” – the latter is Cassia cinnamon, a more common and cheaper variety that is what is widely available is stores.

Cassia tends to be a darker brownish-red colour and a stronger, spicier flavour.

It’s cheaper and easier to find, since it’s far more commonly found around the world. It has far more cinnamaldehyde in its essential oil, giving it its stronger flavour.

Ceylon, on the other hand, is more tanned brown, and has a sweeter flavour.

It’s far more expensive than its cousin, owing to its rarity. It has less cinnamaldehyde in its essential oil.

However, Cassia does have a far higher amount of coumarin, a naturally occurring substance in plants with known carcinogenic properties.

The daily recommended limit of coumarin intake is 0.1 mg/kg.

While you still need to eat a fair amount of Cassia to reach that limit, it’s worth considering that if you’re eating a lot of cinnamon you may want to consider switching to Ceylon.

Cinnamon has such a wide variety of crucial nutrients, vitamins, and minerals – especially fiber and manganese – all in just one serving.

Manganese is important for normal brain and nerve function, but it also helps build healthy connective tissue and bones, and is linked to blood-clotting abilities, metabolism of fats and carbohydrates, calcium absorption, blood sugar regulation and sex hormone production.

However, it has more important benefits, which we will look at below. 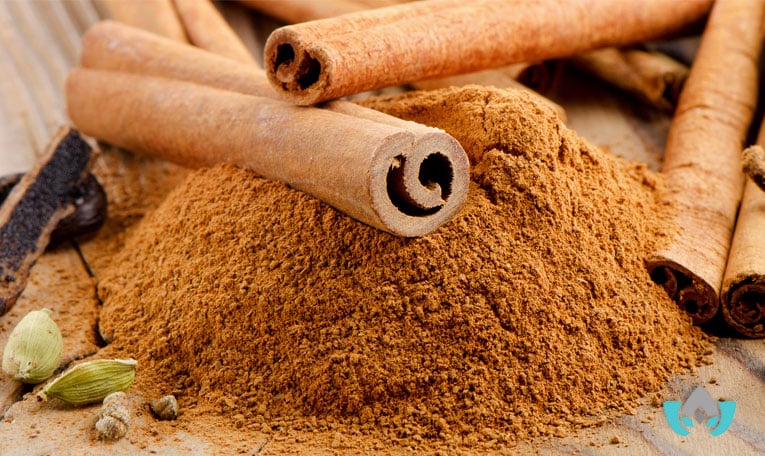 1. It Has Antioxidant Properties

An incredible antioxidant, it is so potent that it can even be used as a natural food preservative.

The polyphenols found in cinnamon protect your body from the damage of oxidative stress caused by free radicals.

Insulin is a hormone that regulates metabolism and energy, as well as helping transport blood sugar from your bloodstream to your cells.

Some people are resistant to insulin, which leads to type 2 diabetes and metabolic syndrome, but only 1-2 tsp of cinnamon can help manage this effectively, as shown in this 2008 study by RA Anderson.

Cinnamon does two things very well: it decreases how much glucose enters your bloodstream after eating, and it also mimics insulin, allowing for far better glucose uptake by your cells.

By blocking digestive enzymes, it slows the absorption of sugar; making cinnamon supplements a good option for diabetics.

4. It May Have Anti-Cancer Properties

Excitingly, a 2007 study by Bhattacharjee, Rana, and Sengupta done on cinnamon and cardamom to assess their anti-oxidative potential in fighting cancer (particularly colon cancer), shows that it does, in fact, help in two ways: by enhancing levels of the detoxifying enzymes, as well as decreasing peroxidation levels.

Note, however, that this study was done on mice, and human trials are still needed in order to solidify that link, but with such a favourable forecast, many people are turning to cinnamon to bolster their anti-cancer and cancer-recovery treatments.

5. It Has Anti-Inflammatory Properties

Inflammation is a culprit behind a great many conditions, including arthritis, depression, multiple sclerosis, and others.

Inflammation is helpful when it is fighting infections and repairing tissue damage, but it is a problem when it turns against your own body or becomes chronic.

Cinnamon can help reduce chronic inflammation, so it’s only doing the good work it should.

With all the information on natural remedies and the health benefits of spices, herbs and food, it’s hard to know, sometimes, what you should focus on.

That’s where I can step in to help.

Call now to book your appointment at The Mindful Healing Clinic and let us help you sift through the data, applying what you need and discarding what you don’t.

Every body’s journey is different – let us help you find your way.