Why Do We Need Sleep, Anyway? 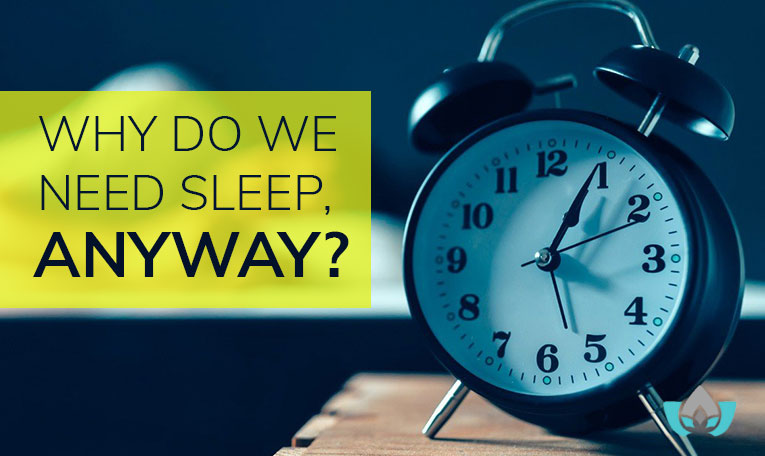 In some ways, sleep seems like a drawback rather than a benefit, from an evolutionary perspective at least.

After all, spending a third of your life in a situation where your defenses are completely lowered and you’re vulnerable to attack doesn’t seem like the best survival mechanism.

But, of course, without sleep, we’ll have a difficult time, because it’s a big part of what helped us survive and evolve as a species.

What does sleep do?

And what are the consequences of sleep deprivation?

As a naturopathic doctor in Mississauga, I see many busy city people with families and/or demanding careers deal with this issue quite a bit.

What Does Sleep Do?

All those experiences from your waking hours that your brain takes in are processed during your sleeping hours in a process called “consolidation”.

As for our bodies, sleep is what allows it to rejuvenate and grow muscle, restore and repair tissue, and also regulate hormones.

How Much Sleep Do You Need?

While everyone is different, there are some science-backed guidelines that are good to follow.

• Infants need between 12 and 17 hours of sleep
• Toddlers from age one need 11-14 hours
• Preschoolers – from about age 5 – should be getting 10-13 hours
• School age children are recommended to get 9-11 hours
• Teenagers, though seemingly always sleeping, only need 8-10 hours
• Adults from age 18 should get 7-9 hours
• By the time you hit retirement age, sleep requirements are down to 7-8 hours per night

It’s been suggested that the reason you need more sleep in your youth is because your brain has more new information to process.

As well, your body is doing most of its growing at this stage, and sleep ensures proper development, so it’s not surprising that the younger you are, the more sleep you require.

What Happens When You Go Without Sleep?

There are more serious consequences of sleep deprivation than just forgetfulness, however.

Let’s have a look at some of the other effects, and why it’s important to prevent these.

1. Your Central Nervous System Is Disrupted

The Central Nervous System (CNS) relies on sleep to reboot and repair neural pathways that allow us to function optimally.

After about 16 hours, brain functions start to decline, and by about 20 hours awake, your average person will start to display drunk-like symptoms due to sleep deprivation.

This is when it becomes dangerous to drive vehicles, and accidents are much more likely to happen.

While you can’t ‘catch up’ on sleep for the number of hours you’re lacking, what experts will suggest is to try to have consistent sleeping habits, rather than adding to your ‘sleep bank’ after sustained sleep deprivation. 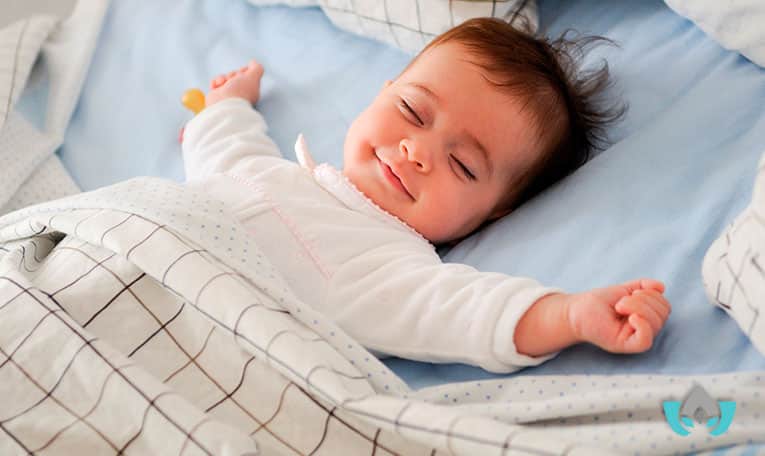 2. Your Immune System Is Compromised

When you are lacking sleep, your immune system is weakened, and has a harder time fighting off infections and viruses.

The immune system is comprised of several different types of cells and proteins; when we don’t get enough sleep, T-cells go down and cytokines (inflammation control) go up, which can lead to a suppressed ability to attack invading viruses.

As well, our body’s response to attacking your cold and flu strains is to have what’s called a fever response.

Your body can activate a fever response far more easily when you’re sleeping, so the longer you stay awake, the harder it is for your immune system to activate the steps necessary to prevent you from getting sick.

A 2015 paper by G. Costa in the journal Handbook of Clinical Neurology shows that overnight shift work has a number of different effects on your immune system, as well as gastrointestinal and cardiovascular disorders.

More on those later.

In particular, it points out that night shift workers are probably at a higher risk of developing cancer.

This is part of the reason why occupations with night-shifts have been listed as carcinogenic by the WHO, because of the impact of those disrupted sleep cycles.

3. Your Digestive System Hormones Fall Out Of Balance

Hormones are what control our feelings of hunger and satiety, but when we are sleep deprived, these are out of whack and can lead to weight gain.

If your body can’t signal to you that you’re full, then it’s more likely that you will overindulge in that dinner or late-night snack.

In addition, examples of a non-medical reasons for weight gain might be that you’re more likely to sleep in the following morning and skip your workout, or you might feel so tired that you don’t think you have the energy to go to the gym.

4. Your Endocrine Hormones Are Affected

Disrupted sleep patterns also affect carbohydrate tolerance and impair glucose tolerance, both of which can cause the risk of diabetes to increase.

Returning to brain function, sleeplessness can also create ‘memory deficits’ that look a lot like Alzheimer’s, and indicate a possible rapid-aging process.

A normal sleeping pattern allows the brain to purge a toxic protein called beta amyloid; when that builds up, your chance of developing dementia later in life increases.

Sleep deprivation hugely compromises your cardiovascular system – less than 5 hours a night increases your blood pressure, which can, in turn, increase your risk of heart attack.

When you sleep, your heart rate drops, giving your cardiovascular system a much-needed break; this allows your blood pressure to self-regulate.

Even losing a small amount of sleep can have adverse effects – a 2008 paper published in the New England Journal of Medicine found that the rate of acute myocardial infarctions (the medical term for heart attacks) increases significantly in the three days following the transition to spring daylight savings time, and we only lose one hour there.

Finally, keep in mind that inflammation is increased by lack of sleep, which is a factor in the progression of several diseases, including cardiovascular disease.

At the Mindful Healing Clinic, we educate our patients about the habits necessary to live a healthy life.

Call us now to discuss your sleeping habits and how they might be impacting your life and health.

As a Naturopathic Doctor with many years’ experience advising clients about their individual sleeping needs and habits, I can help you identify the best sleeping patterns for you and your system.

If you’re new to naturopathic medicine and aren’t sure how it can help, call us and book a FREE 15-minute introductory session.

During that time, we’ll sit down and discuss your health concerns related to sleep or anything else, I’ll answer any questions you may have, and from there we can talk about your options.

Contact us here at the Mindful Healing Clinic and find out how naturopathic medicine can help you address your sleep concerns.