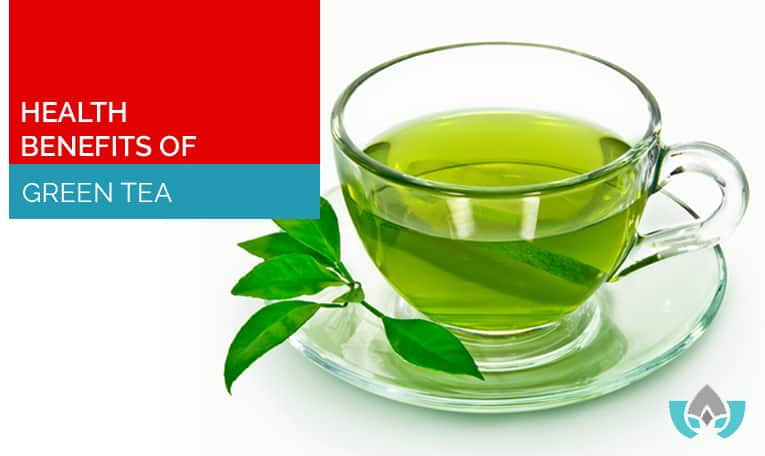 If you were asked what the second most commonly drank beverage in the world (after water) was, what would you guess?

Others might pick an alcoholic beverage such as wine or beer.

Although these are all high on the list, if you haven’t guessed already the second most popular drink in the world is actually tea.

And its place on this list is well deserved, as we’ll get into today.

As a naturopath in Streetsville Mississauga, I’m going to talk to you today about the health benefits of drinking green tea.

What Is Green Tea?

All “true teas”, which include green, black, white, and oolong teas, come from the Camellia sinensis plant.

Beverages, such as herbal blends, which don’t contain the Camellia sinensis plant, although sometimes labelled as “tea” are actually more accurately referred to as infusions or tisanes.

The difference in black, green, oolong, and white teas depends on how tea leaves are harvested and processed.

On one end of the scale is white tea, which is minimally processed to prevent oxidation.

Black tea, on the other hand is fully oxidized.

Green tea falls somewhere in the middle, with the leaves being steamed and then pan-fried.

Why Is Green Tea Good For You?

Due to minimal processing, green tea retains its polyphenols, which are molecules believed to be responsible for many of its benefits including stress reduction.

It should be noted that some suggest adding milk to tea can counteract its benefits – as some studies suggest, milk reduces the beneficial properties which we are going to discuss today.

Let’s have a look at some more of the health claims made about green tea.

Catechins are natural antioxidants which can be found in green tea.

Antioxidants help prevent cell damage which can be caused by free radicals.

Increased levels of free radicals can cause oxidative stress, resulting in inflammation which triggers multiple conditions.

2. It Can Brighten Your Mood

A 2017 article in the journal Phytomedicine reports on a meta-analysis looking at current studies reviewing the effects of green tea on brain function and cognition.

The analysis found evidence which suggests green tea can work as a naturopathic way to reduce anxiety, improve memory and attention, and has a positive effect on brain function.

3. It May Help Prevent Diabetes

Rates of type 2 diabetes are increasing, and can lead to complications such askidney issues, eye damage, nerve damage, and slow wound healing.

So when it comes to naturopathic treatments for type 2 diabetes, green tea is an option.

4. It May Help Prevent Heart Disease

Heart disease is the second leading cause of death of Canadians after cancer.

A 2013 review looked at the evidence for green and black tea as a way to prevent cardiovascular disease.

Both were found to improve risk factors associated with disease, including improvements in cholesterol levels.

It should be noted the research in this area is limited and more studies are needed to confirm these results.

5. It’s Good For Your Brain

Green tea contains caffeine, which means it can help with alertness and if you’re having trouble focusing.

However, it can also aid with improving brain function, including memory, attentiveness, and reaction time.

In addition to caffeine, green tea contains the compound L-theanine, a compound which promotes the activity of the neurotransmitter GABA, which has anti-anxiety effects.

It has been said that green tea promotes a feeling of “calm alertness”, meaning improving alertness without the jittery side-effects that often accompany coffee.

A 2019 article in the Asia Pacific Journal of Clinical Nutrition compared brain activity in study participants after drinking water, and then again after drinking green tea.

The results of this study showed after drinking green tea, participants showed increased brain activity in regions associated with memory.

6. It May Lower The Risk Of Certain Cancers

Due to its high antioxidant content, green tea may help to lower the risk of developing certain types of cancer.

When cells face oxidative damage, it can result in chronic inflammation leading to cancer and other chronic disease.

Compounds in green tea have been linked to reduce risks of breast cancer, colorectal cancer, and prostate cancer.

More research in this area is needed, however. 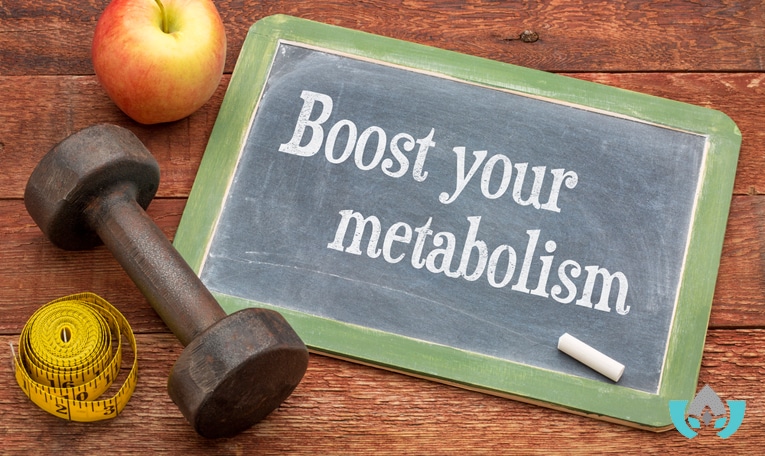 If you’re trying to lose weight, you may want to consider incorporating green tea into your diet.

It has been shown to boost metabolic rate and increase fat burning capabilities.

As a result, when it comes to naturopathy for weight loss, green tea is a common suggestion.

Results can vary, and it’s important to note that solely drinking green tea can’t make up for a sedentary lifestyle or eating too many calories.

More studies need to be done in this area.

However, including green tea in a healthy diet and regular exercise may help accelerate weight loss efforts.

8. It Can Reduce Bad Breath

These compounds have been shown in lab studies to reduce bacterial growth and could lower the risk of infection.

Further studies need to be done to show the impact of drinking green tea on bad breath, though.

As with anything, there are some risks associated with green tea.

Many of these are related to its caffeine content which, although much lower than that of black tea or coffee, should be noted, especially for those individuals who are sensitive to its effects.

Risks of green tea related to caffeine include:

Other side effects related to green tea include:

However, it tends to be fairly well tolerated.

Book Your Appointment With The Mindful Healing Clinic

Are you interested in learning more about green tea and other beneficial foods you can add to your diet, which may help improve your quality of life?

Does the abundance of nutritional information available confuse you, and perhaps you’re looking for someone to help sort out fact from fiction?

Do you have a family history of health issues, and you’re searching for the best ways to prevent them from affecting you?

I’m Dr. Maria Cavallazzi, ND and I can help.

Contact me today to set up an appointment and learn more about how naturopathic medicine can help you.