What Is Acupuncture Used For?

By Maria CavallazziJanuary 17, 2018No Comments 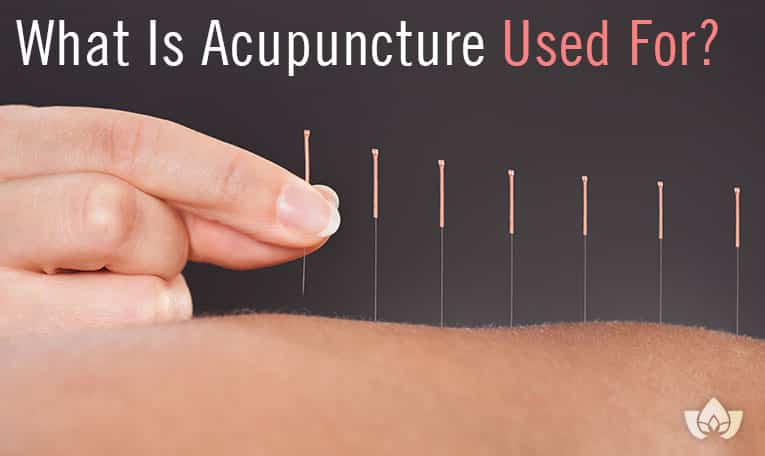 If you only know one thing about acupuncture, it’s probably the fact that it uses needles.

And if you have a thing with needles, the idea of acupuncture might scare the living daylights out of you.

But there’s a lot more to acupuncture than just poking you with needles.

In fact, even those who are frightened of needles often find the experience to be relaxing and peaceful.

As a Mississauga naturopathic doctor, I incorporate acupuncture into my practice as a useful tool for dealing with ailments.

I wrote this article to help you better understand what acupuncture is about and how you may benefit from it.

Acupuncture may be one of the oldest methods of healing on the planet.

The earliest example of what might be acupuncture dates back to about 6000 BCE, where sharpened rocks and pieces of bone were used in place of modern acupuncture needles.

These items could have been used for simple surgical procedures (like lancing a boil or stitching a wound, for example), so it’s hard to say whether or not they were actual acupuncture needles.

The first confirmed example of what we may today recognize as acupuncture is written in The Yellow Emperor’s Classic of Internal Medicine, an ancient Chinese document dating back to about 100 BCE.

In it, we find a conversation between the Yellow Emperor, a mythological figure in Chinese history, and Chi-Po, a minister.

Having been practiced in China for millennia, acupuncture was practiced in North America by Chinese immigrants in the 1800s.

However, it wasn’t until Richard Nixon opened up relations between the United States and China that acupuncture began to gain ground in North America.

Acupuncture is based on the concept of how energy flows through the human body, which the Chinese call qi (pronounced “chee”).

The body’s qi moves along twelve main channels, called meridians, which are connected with the body’s major functions, though they don’t follow the patterns of blood vessels or nerves. 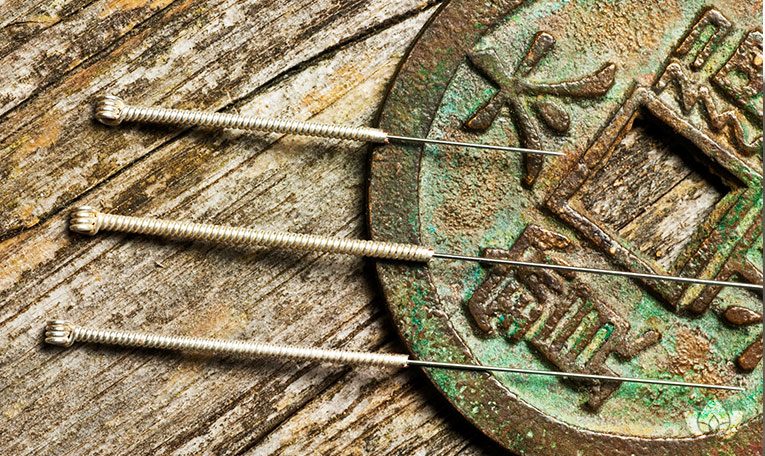 While science has had difficulty either proving or disproving the concept of qi, acupuncture has been shown to be effective for several different conditions.

During an acupuncture treatment, you’ll lie down on a padded table in a treatment room.

Depending on which part of your body needs to be treated, you’ll have to remove some of your clothes.

We will provide you with a robe if necessary.

Next comes the needle insertion.

Acupuncture needles are thin and very tiny, so it usually causes only minimal discomfort.

If you do feel pain, though, let us know.

Once the needles are inserted, we may have to adjust them slightly.

During that time, you’ll lie still and relax.

Some people report feeling extremely relaxed after an acupuncture treatment, while others claim to feel lighter, as though they’re walking on the Moon.

Others report no effect at all.

What you get out of your acupuncture treatment may vary drastically from someone else’s experience.

Acupuncture At The Mindful Healing Clinic

If you’re interested in exploring the possibility of acupuncture treatment, the Mindful Healing Clinic can help.

Contact us to book your FREE health and wellness session with Dr. Maria. You’ll get all your questions about acupuncture and naturopathy answered.

From there, Dr. Maria will listen to your health concerns and help you understand whether acupuncture is right for you.