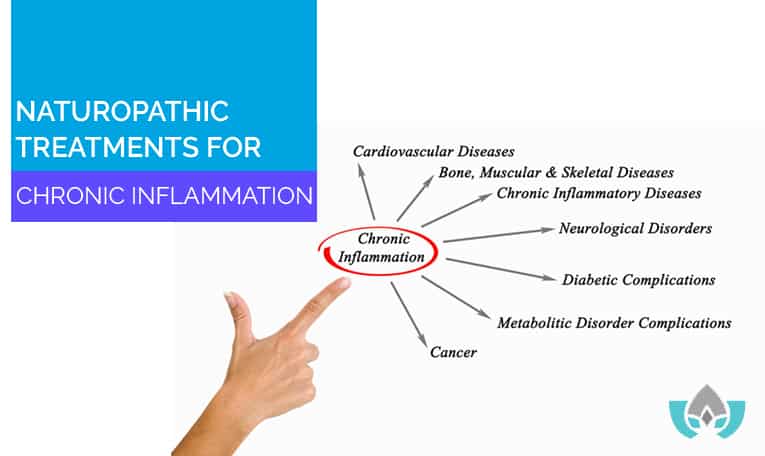 The body does an amazing job of taking care of itself.

At any moment, there are dozens of biological processes from the cellular level up to that of the entire body that regulate themselves without conscious thought.

Your eyes blink, your heart beats, your food is digested, and your cells divide.

There are a number of conditions, however, in which this natural regulation can become less effective.

When that happens, we’re here to help at the Mindful Healing Clinic, a naturopathic clinic in Mississauga.

Chronic inflammation is one such issue, in which the body’s immune response stays active for longer than normal, which can lead to a variety of negative consequences.

In this article we’re going to talk about what inflammation is, the symptoms of chronic inflammation, and some available options for naturopathic treatments.

Inflammation is the body’s natural response to trauma.

It can occur in response to infection, wounds, and other forms of injuries, but in some cases the inflammation itself can cause problems.

When an issue occurs that prompts an inflammatory response, the immune system sends extra blood to the affected area, and with it special proteins and antibodies to help start the healing process.

In the case of acute inflammation, this elevated immune response can last for anywhere from a few hours to a few days.

Inflammation is generally a normal and healthy part of the healing process from injury and infection, but what happens when it doesn’t go away in the usual short timespan?

Chronic inflammation occurs when the initial strong immune response continues longer than a few days after the initial onset.

It can last for months or years if left untreated and can stress on your organs and tissues as well as potentially lessening the effectiveness of immune response to other health issues.

You may be familiar with the symptoms of acute inflammation from your body’s regular injury response.

It includes things like pain, redness, and swelling at the site of the injury.

Chronic inflammation tends to have subtler symptoms due to its long term nature and some of the symptoms are completely different from those of an acute response.

Other symptoms of chronic inflammation are less ambiguous, including abdominal or chest pain, rashes, and mouth sores.

If you’re experiencing symptoms that you suspect may be chronic inflammation, it’s important to get the advice of a medical professional to rule out other causes and get the treatment you need.

There are a number of factors that can lead to chronic inflammation, but they mostly boil down to a situation that leaves the immune system in a heightened response for an extended period of time.

Untreated acute inflammation such as injury or infection can turn into chronic inflammation as the body tries to heal under continued stress.

Long term irritant exposure, such as polluted air, industrial chemicals, and possibly cigarettes and alcohol can leave the body fighting off a threat that never leaves, leading to chronic inflammation along with the other potential health issues caused by these environmental factors.

Autoimmune disorders cause the immune system to treat healthy tissue as an immune threat and attack it accordingly.

Because of the nature of the immune response, it can be quite extended, and the inflammation is likely to become chronic.

There is also some evidence that suggests that chronic stress and obesity may be risk factors for chronic inflammation as well.

In some cases you can manage your chronic inflammation through the use of naturopathic treatments.

Here are a few naturopathic treatments for chronic inflammation that you can try at home if you’re feeling under the weather or looking to be proactive about your immune health.

Green tea is a drink made from steeping the leaves of the plant Camellia sinensis, an evergreen shrub native to southern Asia.

Green tea has been known to have health benefits for hundreds of years, and science has more recently backed up some of these claims.

It’s rich in polyphenols, a type of antioxidant that can help fight inflammation.

Further research is needed to understand the extent of its effect, but green tea can be a tasty way to look after your immune system. 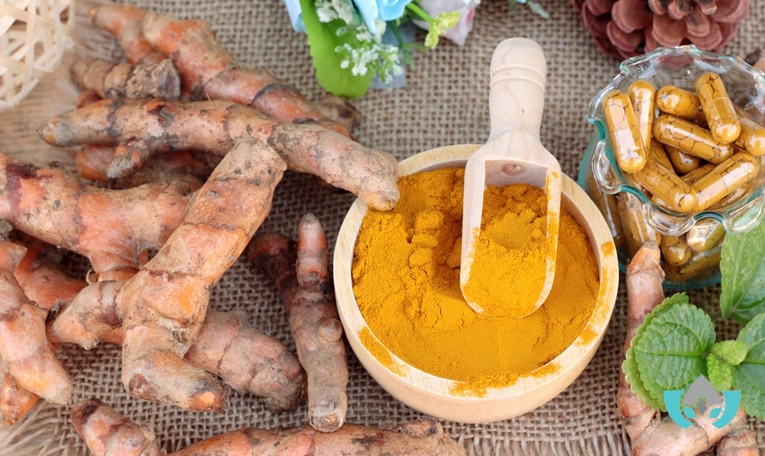 Turmeric is a flowering plant in the ginger family, with roots often used in cooking.

It has a bright orange or yellow colour and is often found for culinary purposes in powdered form, though you can also get it in root form or as a supplement.

The compound in turmeric thought to aid with inflammation is called curcumin and may limit the immune system’s production of cytokines, a type of protein used as a messenger in the immune system.

There is some evidence that shows that this limitation of cytokine production may help reduce inflammation, including some associated with autoimmune disorders.

Most studies investigating the effectiveness of turmeric as an anti inflammatory agent use concentrated curcumin rather than the whole or powdered forms of turmeric, but there are plenty of benefits to both.

Turmeric has a number of other health benefits as well, including helping to manage PCOS symptoms

Ginger is the fragrant root of the Zingiber officinale, often used in teas, cooking, and baking.

There is also evidence that it limits the activity of enzymes in the body that can promote inflammation.

Ginger can be used as a dietary ingredient, but it can also be taken as a tea, or in the form of capsules or extracts.

Book An Appointment With The Mindful Healing Clinic

Dealing with chronic health issues can be exhausting.

It can be easy to feel like you’re alone in your experience of health concerns, but you don’t have to be.

Book an appointmenttoday at the Mindful Healing clinic so we can work together to get you back to feeling your best.