By Maria CavallazziApril 14, 2022No Comments 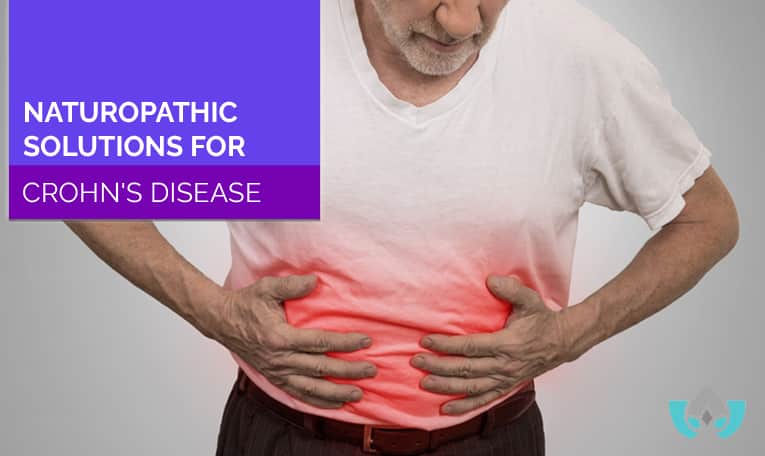 Do you often suffer from abdominal pain?

How about an urgent need to use the bathroom followed by diarrhea?

If so, you may suffer from a gastrointestinal illness called Crohn’s disease.

Gastrointestinal issues can be uncomfortable and inconvenient at best.

Depending on their timing and severity, they can also be embarrassing and painful.

For those with Crohn’s disease, gastrointestinal symptoms can vary in frequency and severity day to day, and can be extremely disruptive to daily life.

Many people suffering from Crohn’s disease find the assistance of a naturopath for digestive health problems to be helpful in managing their illnesses as an alternative to, or in conjunction with, conventional medical intervention.

Let’s take a closer look at Crohn’s disease – what it is, how it works, and how a Mississauga naturopathic doctor can help.

What Is Crohn’s Disease?

Crohn’s disease is a type of inflammatory bowel disease that most commonly occurs in your small intestine and colon, though it can affect any part of your gastrointestinal (GI) tract.

It’s a chronic inflammatory illness that can last a lifetime.

There is currently no known cure for Crohn’s disease, nor have researchers been able to pinpoint its exact cause.

And unfortunately, Crohn’s disease can get worse as your illness progresses, especially if it’s left untreated.

Common symptoms of Crohn’s Disease can range from mild to debilitating and can be disruptive to day to day life.

In severe cases, the illness can even lead to life threatening flares and complications.

The symptoms of Crohn’s Disease can vary and change over time, but they often develop gradually.

As the disease progresses, however, more severe symptoms may develop, such as:

Though Crohn’s disease is a relatively common disease, affecting as many as 780,000 Americans, not much is known about its exact cause despite decades of research.

It seems likely that various hereditary factors play a role in the development of Crohn’s disease.

20% of those suffering from Crohn’s disease also have a parent, child, or sibling who suffer from it.

Crohn’s disease is classified as an autoimmune disease, and the immune system is a contributor to inflammation in this illness.

In severe cases, it can become debilitating or even life threatening.

For this reason, it’s extremely important not to leave this illness untreated.

Despite many decades of research, Crohn’s disease, like many other chronic illnesses, has no currently known cure.

However, there are a number of effective treatments that can help reduce and manage symptoms that can otherwise be disruptive or even debilitating to everyday life.

1. Start With An Elimination Diet

While researchers haven’t been able to pinpoint the cause of Crohn’s disease, we do know that sensitivity to certain foods can result in flare ups.

An elimination diet is when you systematically eliminate certain types or categories of foods that are known to be reactive (such as dairy, gluten, garlic, onions, etc.) from your diet for a certain amount of time to see if it affects your Crohn’s symptoms.

It is best to do it with the help of a naturopathic doctor.

From there, you can gradually add the foods you remove back into your diet one at a time to see if there are any flare ups.

This doesn’t eliminate your Crohn’s disease, of course, but by recognizing your triggers, you can help manage your condition. 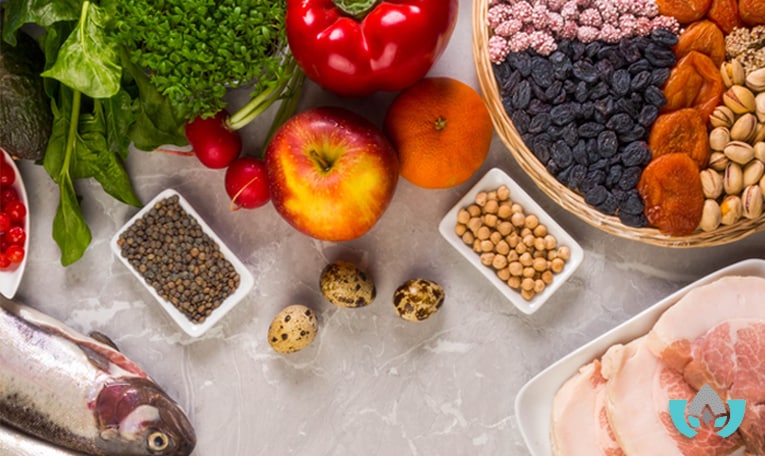 Discomfort and pain from Crohn’s disease is often a direct result from inflammation.

Naturopathic doctors will often recommend a diet high in anti-inflammatory foods in order to reduce or mitigate inflammation related pain.

Integrating more anti inflammatory foods in the regular diets of those suffering from Crohn’s disease has been very helpful in managing their symptoms in this way.

Some people who suffer from Crohn’s disease benefit from less or more manageable Crohn’s symptoms while following a high fibre diet.

For others, however, a diet high in fibre may have the opposite effect as the extra food residue from high fibre foods such as fruits and vegetables may aggravate the GI tract.

This is why it’s helpful to work with a naturopathic doctor – they can help find out whether fibre will be beneficial for you or not.

Curcumin is a type of curcuminoid compound, which are compounds that have been proven to have various medicinal properties with beneficial effects on your body.

Specifically, curcumin is a strong antioxidant found in turmeric.

Among the many health benefits of turmeric is its powerful anti inflammatory effects.

As discomfort and pain from Crohn’s disease is often a direct result from inflammation, a diet high in anti-inflammatory foods such as curcumin can help in reducing inflammation related pain.

Probiotics are live bacteria that can help to replace and rebuild the good bacteria in your GI tract.

Prebiotics are potentially beneficial plant materials that help to feed the good bacteria in your digestive system and increase their numbers.

Eating foods rich in probiotics and prebiotics help to improve your gut health and maintain your digestive system’s natural balance, which can prevent flare ups of Crohn’s symptoms.

Book Your Appointment With The Mindful Healing Clinic Today

If you find yourself suffering from the physical and mental stress associated with Crohn’s disease and its associated gastrointestinal symptoms, there’s no need to continue suffering alone.

Book your appointment with The Mindful Healing clinic today and take the first step towards a healthier life.